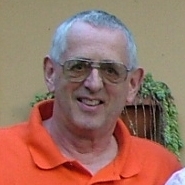 This Cree Family History Network offers members several ways of contributing. Starting a Forum discussion might be one way you choose to get going.Click on FORUMS in the green menu bar at the top of…Continue

This death notice from Edmonton, Alberta, may be of interest to Adam Trevor Cree and other descendants of the Bangor Cree branch:CREE, Henry Talbot On June 28, 2005, Henry Talbot Cree passed away…Continue

As a result of recent researches there have been new developments in the genealogy of the Ulster Cree lines. My wife Marian and I will be visiting Northern Ireland in the next two weeks (from the…Continue

Mike Spathaky has not received any gifts yet

Mike Spathaky left a comment for Neal Connor
"Welcome to the Cree FH Network. While Trevor looks after this Network site, I look after the one-name study Cree Surname site at http://cree.one-name.net . It seems likely that you are related to Thomas Connor, a glover of Tan Yard Lane, Lisburn.…"
Jan 22

The Irish government website at https://www.irishgenealogy.ie/en/ has recently uploaded a large number Irish birth, marriage and death records. This includes images from the all the registers of the Civil Records of Irish Births, Deaths and Marriages. The process is not complete yet but it's progressing well and has enabled me to create a full spreadsheet of Cree marriages in the Lists Section of the Cree Surname…See More
Jan 31, 2020
0 Comments 0 Likes

Mike Spathaky replied to Melissa Smith's discussion Crees of Taralga, NSW, Australia
"Hi Melissa - and welcome to the Cree Family History Network! I am not the main organiser of this site - that's Trevor Cree - but I do the Cree Surname website which as you have seen, focuses on Cree genealogies. I live in Sydney much of my time…"
Apr 21, 2019

Thanks very much for the feedback. I was first introduced to the www.cree.name website by a family member who had done some previous research and I then became interested and established that it was the Forteviot line of Crees that I came from. It shows my grandfather and two of his sons but not my father nor my auntie. Also I found some errors with my uncle's birthdates. My family migrated to Australia in 1950.

I have a lot more information that I would like to add to the family tree including my parents, siblings and grandchildren. Could you kindly advise the procedures and protocol for making alterations and additions to the Cree family tree.

I would very much like to catch up with you when you are in Toongabbie next year, we live only a very short distance from there. We will be away overseas in March but can arrange to meet up with you sometime after we get back.

Thanks for getting in touch. I am in the Forteviot Branch and have traced my lineage all the way back to Alexander Cree (or Crei) born in 1673. The records do not appear to go back beyond that date.

Thanks for replying. It is easy to get lost or sidetracked when you go back this far, after all John Crie & Catherine Clerk would be my G x 7 grandparents, so I think its best to have a tangible reason for justifying each move back in time. Although all families did not stick to this naming pattern rigidly, many did & many at least used a variation of this.

Again I think its highly unusual for a couple to have 6 daughters & not give one of them the name of the fathers mother as happened with John Crie & Agnes Waddel if Catherine Clerk were John's mother. I am satisfied that my John Crie who married Jean Keillor in 1752 is the son of John Crie & Catherine Clerk. The problem is where to go from here. Thanks for your help & congratulations on this site & the cree name site which are a wonderful source of information.

It is certainly very complicated trying to determine who was the father of the two John Crie's who married in 1751 and 1752 and therefore what line each individual originated from. Hopefully you have taken a look at the Scottish Old Parish Registers for Births/Baptisms and Marriages that can be found here http://www.cree.name/indexes/sct.htm on Excel files.

The John Crie who married Jean Keiler (Killer) on the 15 May 1752 in Perth had the following 4 children in this order: May (1752), Catherine (1754), Jean (1758) and John (1750). (As you say it could be that this John Crie was the son of John Crie and Catherine Clerk based on the use of the child's name Catherine) The marriage record of this John Crie and Jean Killer states that they were both of the parish of Perth.

A particular problem arises because the first parish records in Scotland started at different dates and therefore when someone appears on the marriage record their birth/baptism may not have been recorded in their particular parish. Clearly it has always been a complicated jigsaw puzzle in the early Cree/Crie years with many missing pieces. I guess that it is like archaeology were you have a hypothesis until new evidence comes along.

Most often used pattern for given names was

I refer to the above & have applied it to the family of John & Jean on the basis that the 3rd daughter was named after the mother which we know happened in this case with the 3rd daughter being Jean born 14th Jun 1758.

I therefore suggest the following possibility:

Your records show John Crie (bapt 19th Jan 1718, Newburgh, Fife - son of John Crie & Catherine Clerk) as having married Agnes Waddle in 1751, however not withstanding whether the old scottish naming paterns where strictly adhered to or not it would be highly unusual for a couple to have as many as 6 daughters ( Janet,Agnes,Helen,Mary,Elizabeth & Margaret )  & not name even 1 of them after the father's mother ( Catherine ).

Would appreciate your feedback on this.

Don't you think that it is unusual that none of their 6 daughters were named Catherine after their father's mother Catherine Clerk?

Your records show a John Crie bap 19 Jan 1718 ( son of John Cree & Catherine Clerk ) who marries an Agnes Waddle 2 Feb 1751. How sure are you that this information is correct, particularly the marriage to Agnes?

In the copies of the Old Parish Registers that I sent earlier we do have the christening of a William Crie, 12 February 1761, Perth, Perthshire, to "James Crie, Miller, and Jannet Kid". The combination of 'Miller' whose spouse was "Jannet Kid" made me consider that perhaps 'James' was a mistake and that it was possibly John Crie.That has certainly happened in other cases.

With respect to your question about the christening of David Cree to David Cree in Kinnoul in 1706 there are no further clues in the register. However at the christening of his daughter Janet in 1702 in Kinnoul parish we have the interesting phrase of 'David Cree in Balthaioch'. I believe this may be Balthayock and this can be found on a Google satellite map close to Kinfauns but not far from Kinnoul Hill.

In the 'Rentall of the County of Perth, by act of the estates of Scotland, 4th August 1649 we have reference in Kinnoul Parish to a Thomas Cree and to Balthayock. This Thomas could well be related to David Cree.

Just realised that using the traditional naming patterns John's mother would most be named May or Catherine. As May is a variation of Mary/ Margaret  & referring to my previous comment, David Cree & Margaret Cowan are a definite possibility.

PRONOUNCED: MAY [key] Derived from the name of the month of May, which derives from Maia, the name of a Roman goddess. May is also another name of the hawthorn flower. It is also used as a diminutive of MARY, MARGARET or MABEL.

I have only just seen your last couple of messages now, I had thought I would get a notification of a message been received ( still getting used to the site ).

I don't think Alexander Crie or William Crie are likely candidates as the father of John based simply on the fact that neither of these names occur in any of John's four sons - John, David, John 2 & Peter. If anything like the old traditional naming patterns of Ireland were also used in Scotland then John's father was most likely named either John or David with  Peter being a possible name of a brother of his father.