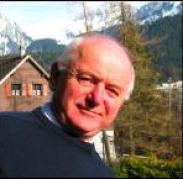 Dan,I'm not sure if the origin of the Sprotbrough Cree line has been discussed before on the Network but I have just noticed your very interesting posting below. Mike is probably the expert on the…Continue

Started this discussion. Last reply by Dorothy A Ludaescher Sep 28, 2017. 1 Reply 1 Like

I've just been contacted by Debbie who wrote:"My grandfather is Reuben Cree from 8 King St, Bangor Co. Down he married Sarah (Sadie)Cree nee Hawthorne Dec. 7 1925My mother was one of 9 of his…Continue

William Cree of Ballybarnes (1821 - 1873)I was undertaking a random Google search using the keywords ''William Cree' Ireland' when I came across an interesting photograph of a gravestone. It was…Continue

On Saturday 9th May 2015 Mike Spathaky and Trevor Cree were invited to a Sprotbrough Cree family reunion. Everyone was very welcoming and it was certainly good to see so many there. The paper trail…Continue

Trevor Cree has not received any gifts yet

Trevor Cree left a comment for Shona Cameron
"Shona, Welcome to the Cree Family History Network. We hope that you will find it useful, Trevor."
Mar 14

Trevor Cree replied to Marion Fitchett's discussion Mary Ann McDonald
"Marion, The origins of Mary Ann McDonald are quite confusing as you will see from the information sources below that seem to contradict each other. However I have found the birth of a Mary Ann McDonald in Blairgowrie on the 27th April 1864 and that…"
Feb 29

Trevor Cree commented on Trevor Cree's blog post Welcome to all the new members of the Cree Network
"Mike and I have been contacted by Robert Scott who is the Treasurer of the Beechworth Cemetery Trust, Beechworth, Victoria, Australia (https://www.beechworthcemetery.com.au).  Robert has very kindly helped to ensure that the WW1 war service of…"
Jan 19

Clearly many of us have individually made significant contributions to Cree family history over the last decades but none more so than Mike Spathaky. The Cree One-Name Study (http://www.cree.name) that he created is a monumental achievement and thousands of those around the world with a Cree ancestry will have consulted it at one time or another. It is difficult to comprehend how many months or perhaps years have gone into…

Welcome to all the new members of the Cree Network

I should just like to take this opportunity to welcome all of those who have recently joined the Cree Family History Network. Over the last few years significant progress has been made in helping individuals trace their own Cree ancestry and the Cree.name website must be one of the most comprehensive family history resources in existence. The male Cree who have undertaken the DNA test have allowed us to prove that many previously unconnected Cree lines are indeed directly related and many…

We are currently on holiday in Ireland. I was able to visit Belfast last Saturday and Cork today. What a wonderful trip it has been. Just wish I had more time in Northern Ireland to do some research.

Sarah Cree said…
Hi Trevor
Thankyou for the welcome note. Caroline is my cousin and she introduced me to the website, which is great!
Kind regards
Sarah Cree

thank you Trevor, I did know some of that information but not all.  most interesting.  I will contact Mike when I can.  Thank you again. Katrina

Welcome to the Cree Family History Network! Great to have a Dubliner here.

I think it is eminently possible, I would say probably even, that John Crie married three time as you have shown in your posting. Such a situation is not unusual at this period. I have him on the Cree database with wives numbers 2 and 3 at http://cree.one-name.net/person.htm?id=2346 (and will add his first wife and her children shortly).

Perth was an unhealthy place to live in the 18th century when the town's sewerage system had not kept up with the needs of its growing population. Millers' families were susceptible to TB and lung diseases and women at childbirth were especially vulnerable. It was usual for widowed fathers of young children to marry almost immediately after the loss of their wives in order that the children could be lookd after. So it is far more likely that there was one John Crie, miller, who married three times than three such men. The existence of three people known as John Crie, miller, stretches credulity - mine anyway. The dates as you point out fit this story very well.

What is less clear is whether John was the one baptised on 23 November 1736 in Blair Atholl as the son of David Cree for he would have been only 15 yrs old at his marriage to Jean Keiller. I am uncertain what the minimum age for marraige was for males in Scotland at that time. John was old enough to father a child and their daughter was born six months after the marriage, so we can guess there would have been pressure for a marriage. I know that marriage laws were in general more relaxed than in England, so it is not impossible that it was he.

However I accept there is no convincing evidence to connect John Crie, miller in Perth, with David Crie and Margaret Cowan of Blair Atholl, even bearing in mind that this couple were from the Methven- Tibbermore area just a few km west of Perth. The fact is that there were a number of Crie families from this area.

Going by the most common age at marriage of 24 (for males) the most likely birth record for our miller is that of John Crie born 3 February 1719, Meckven, a fermtoun in Methven parish, to Alexander Crie. This is one of those suggested by Trevor Cree. At present I think we have to suspend judgement about where John Crie came from.

Trevor ,with respect please note that Isobel was born to John Crie & Janet Kidd on 9th Dec 1764 & he then John marries Jannet Young on 26th Feb 1765. This is a similar turn around to the one which you refer to.

Is the following possible :

Note that none of these births overlap with the marriages.

I sent the marriage banns & other relevant docs as a reply to your email.

Hi Trevor, delighted to find this site.This is a brief summary of where I am at the moment:

I have been stuck for a while on my Gx2 grandmother Mary Burgess born in Malta in 1836. I then found her birth cert showing parents as John Burgess ( soldier with Gordon Highlanders ) & Mary Jane King. A visit to Kew revealed that John was born in 1810 in Canongate to David Burgess & Margaret McKenzie who married in 1809. Further research revealed that David Burgess was born in 1788 to David Burgess & Jean Crie who married in 1779. The marriage banns refer to Jean Crie as being from the parish of Kinnoull & that she is the daughter of John Crie, Miller in Perth.

I have found a Jean Crie born in Perth in 1758 to a John Crie & Jean Keiller who married in 1752 & I believe to be my G x 6 grandparents. I have more dates & details of siblings & copies of christening registrations & marriage banns if required.

Does any of this link in to any lines that you know of ?

Hi Trevor, I'm new to this website, so still finding my way round.  I have looked at all the information on the Derbyshire Crees and identified my ancestors dating back to the Bolsover and the original Alexander McCree, so that's fantastic, a tremendous help in affirming and extending my own previous research.

However, in the more recent generations I see you have some mistakes and anomolies, which I would like to correct and add more informaiton.

Please can you instruct me how to go about this?  Thanks so much, Liz Larn